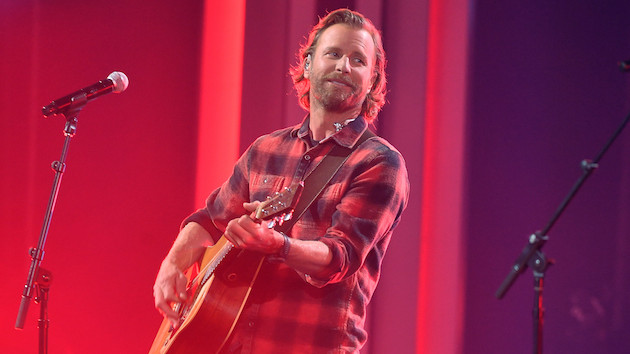 After announcing a short club tour for May — and selling out all five dates — Dierks Bentley is hitting the road in earnest late this summer. The singer announced his 2021 Beers on Me Tour on Friday.

Kicking off August 13 in Salt Lake City, Utah, the 22-stop tour wraps in late October in Rogers, Arkansas. Opening acts Parker McCollum and Riley Green will join the tour, which takes its name from a song Dierks recently wrote, as the singer explains.

“I wrote a song a few months back with some friends called ‘Beers on Me’ that inspired this year’s tour name,” he says. “It’s a pretty simple recipe for summer…get your friends together, have a round or two and dive into some great country music. That’s exactly what Riley, Parker and I plan on doing out there on the road with our fans. Both these guys are road warriors and great performers that are going to help us get this summer fired up.”

In fact, the trio gave fans a taste of what to expect from a live show, releasing a live version of Jerry Reed’s 1977 hit, “Eastbound and Down.”

Tour tickets go on sale next Friday, May 14. For dates and details, visit Dierks’ website.