Through the “hard times” and “the greatest times,” Lady A believes in ‘What a Song Can Do’ 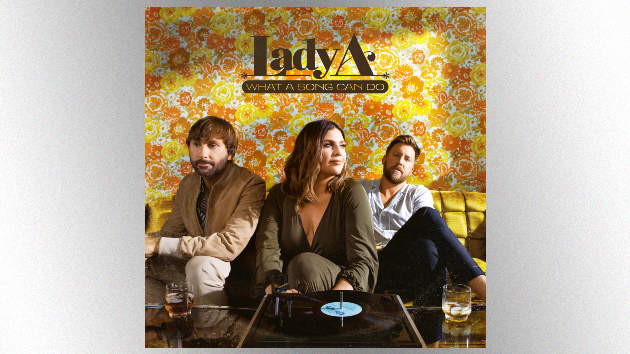 Lady A‘s uptempo hit, “Like a Lady,” has been one of country music’s stand-out, feel-good songs of the summer.

It’s the first release from the trio’s seven-track What a Song Can Do (Chapter One) collection, which came out in June. But when Lady A’s full-length eighth album arrives next month, we’ll get a better look at what Hillary Scott, Charles Kelley and Dave Haywood have been feeling, amid both the COVID-19 pandemic and the controversy over their name change.

“The songwriting, the songs that we wrote and recorded, were our way of really, I think, trying to just cope with really uncertain months,” Hillary explains. “And it was our way to really have a creative outlet.”

“I think it was therapeutic for all of us,” she reflects. “I think we wrote a lot about just how we were feeling about a lot of things.”

Hillary adds: “I think the whole album, when it comes out in October, you’ll get to hear some of the outliers of where we kind of explored and took some risks from a song standpoint and production.”

More than anything, the three friends are thankful for the way music has transformed their lives.

“Ultimately, I think it’s just so present for us, and we are just so grateful,” Hillary says of the record. “The reason why we named the album What a Song Can Do is because these songs and the songs of our career have gotten us through such hard times.”

“And then they’ve also allowed for us the greatest times, you know, in the live show, and all of the years of being a band,” she points out.

What a Song Can Do doubles in size, growing to fourteen cuts when the full record arrives October 22.